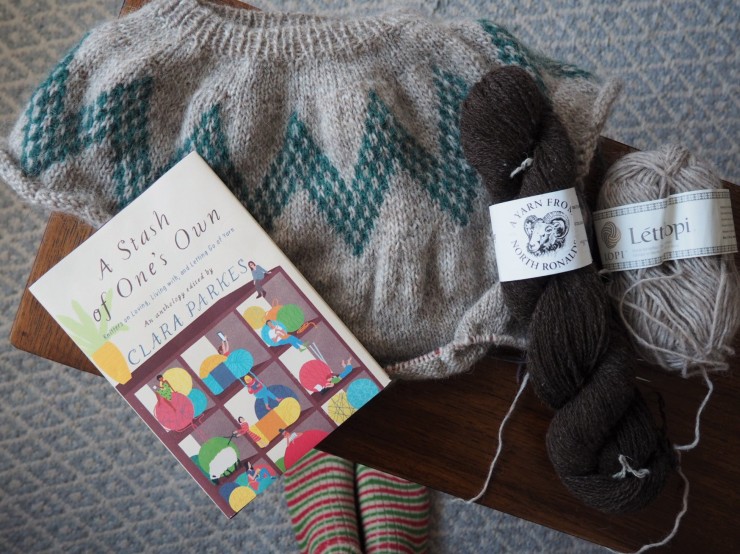 A few weeks ago, I asked you all for some help picking what sweater I should knit after my Arctic Cardigan was finished (which is done, and just needs buttons sewn on — which hopefully is happening very soon!) I was all set to cast on my Brookings pullover, which many of you pointed out seemed to be what I really wanted to knit (and I realized it was what I wanted to both knit and what I wanted in my wardrobe right away!)

But then, some other things got in the way.  I got asked to do some secret knitting (!) on a pretty tight deadline, so starting a new sweater was put on hold.  But on Saturday, I found myself in the very unusual situation of being about to get on a train, and having nothing to take with me — all my projects were almost done, or too fiddly for train travel for the motion sick-prone. And that’s when I thought again of my Woolly Willard, which I’d set down almost two years ago to the day.  There are perhaps few benefits to having dozens of unfinished projects hidden around the house — but this is one.  Don’t have the perfect project for the moment? It might already be cast on, waiting for you to come back to it!  I haven’t made massive progress, but it’s the perfect antidote to the other knitting I’m doing at the moment — a heavy, woolly, scrummy yarn, that will make a wonderfully warm sweater for the winter.  It’s been particularly chilly here so far this week (but gorgeous — I’ve popped a few pictures of today’s late morning walk in the bottom of the post) so this can’t get finished quickly enough!

On the reading front: I finished A Stash of One’s Own and enjoyed it even more than I expected. I’ve talked before about the copious amounts of yarn I have and the various feelings I have about it, so I was really excited to hear various people’s take on stash.  Some of the essays made me laugh … one brought me to tears (I’m looking at you Franklin Habit), and some just had really smart, articulate things to say about our relationships with yarn and what they mean (I particularly liked Anna Maltz and Debbie Stoller’s thoughts on this).  I definitely recommend it — the short essays make for perfect bedtime reading.  Now I’m casting around for something new — it’s been awhile since I’ve read any fiction, and I want something I can get a bit immersed in. Maybe I’ll go back to reading the second Outlander book — that seems like about what I need right now!

On the planning front: I’ve really been enjoying the Knit British podcast of late, and was excited about Louise’s announcement of wool exploration for 2018.  You can read more about it here, but the idea is that every month, you knit with a new, single breed yarn … the first sheep is North Ronaldsay, which live on the Scottish island of the same name, and are famous for eating seaweed. I got that gorgeous brown skein in the picture above from BritYarn.  The brown is warmer and richer than the picture does justice to — and the smell! Sheepy heaven! I’m looking forward to casting on my swatch soon and hopefully share my wool exploring here 🙂 I’m also getting very excited for Christmas as evidenced by my fab new (ready knit) Christmas socks — which will serve me well until I can cast on some myself!

Linking up with As Kat Knits for Unraveled Wednesday — go see what other knitters are up to! What are you working on this week? 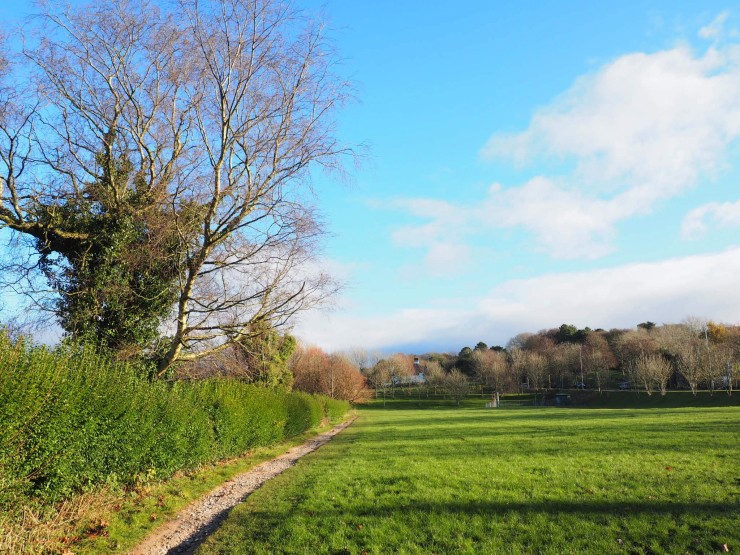 It was *almost* too chilly to wear this today, but it was fresh off the blocking mats and I couldn’t resist because I love it ! It’s my Willa by @this.bird.knits knit in BC Garn Bio Balance from @northern_yarn which I’ve been working on as part of Kate’s lovely lace yoke-along. It’s swingy and light and super comfy to wear 💕
I’ve been feeling really excited for @jenacknitwear ‘s #UseEveryScrapKAL which kicks off next week, but also promised myself I *would not* cast on any more socks until I finished at least one of my, ahem, historic 🧦 WIPs. So I’m now happily knitting away on these beauties that I cast on (mumbles) four years ago and stopped working on for no good reason. The summer tee I’ve been knitting is currently blocking (🎉), so I think a few evenings of focused knitting will see these done! A double win … awesome pink lace socks to wear and a rainbow cast on imminent 🌈.
Exploring new places, in the shade.
Last month, I had the absolute pleasure of test knitting the new version of @theacolman ‘s pattern White Russian ... and here it is! I know this is going to be in constant rotation in the fall ... I love all the special details of this sweater. I've written a full blog post about the finished object (you'll find it linked in profile, if you fancy a read) but the short version is I love it!
Growing slowly 🌱
That new project smell 💕