Today marks three months since I joined Mr. N in the UK. Given that neither of us had ever set eyes on Lancaster before the move, I am so thankful we landed in a place that we like as much as we do.  We’re surrounded by so much natural beauty here, and I’ve loved exploring this new to me part of the world  — and I’ve really enjoyed sharing those adventures so far with all of you.! And we’ve both been struck by the friendliness of the people we’ve encountered here.  All things considered, and especially given some of the bumps along the way to getting here, I think we’re both settling in well to our new home.

But I would be lying if I said moving country hasn’t been hard. Or that the hardness of it hasn’t come as a bit of a surprise to me. I think because I’d moved so much in the US, and had spent big chunks of time in the UK over the last six years, I sort of imagined moving here wouldn’t feel like such a change. But of course, it has been a massive change, and different than any move I’ve done in the US. I’m much further from family and friends than I’ve been in the past.  And all my previous moves were for school or work — there was always some sort of community of people that I was joining (often people who had also just moved).  There’s been the small adjustments that have been pretty easy to make — like the fact that the washing machine lives in the kitchen, or that there’s no dryer or dishwasher on in our house. And then there’s been harder stuff — even though the wonders of technology make it so much easier, I still really feel the distance, especially from my family and closest friends. Finishing a dissertation in any circumstances can be a fairly lonely proposition, and that’s been compounded by being in a new place, where most of my days are spent working at home on my own.

Knitting, though, has been a huge help — so today, in the spirit of this Wovember‘s theme of “Woolness,” described as the meeting of wellness and wool, and since it’s Thanksgiving in the US, my most favorite holiday, I thought I’d talk a bit about how thankful I am for knitting and wool, and the connections they’ve allowed me to sustain and to make, during a time of lots of change. 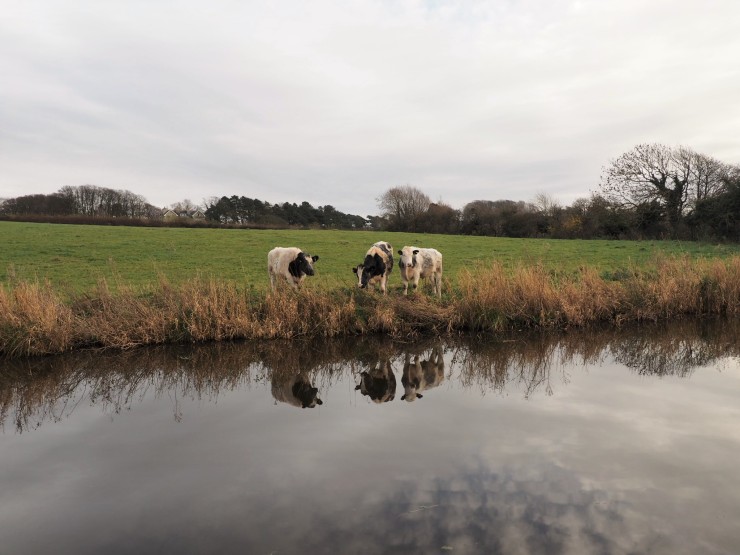 I’m normally a bit shy and on the introverted side — not that I don’t like people, but the idea of, for instance, approaching a group of strangers on my own, gets me incredibly nervous. In fact, I can think very few things other than knitting that would make me even consider it!  Just a couple weeks after we moved though, I found out that Kate, the owner of lovely Northern Yarn, hosted a weekly knitting meetup at a community center and pub that was, conveniently, just a five minute walk from the new house.  I was a bit nervous to go on my own — I had a lovely craft night back in Baltimore, but that was all made up of friends that liked to craft, rather than people who met through craft, if you know hat I mean — but knowing that it’d be a group full of people who also loved knitting made it so much easier. And I’m so glad I did — I’ve met really awesome people at the weekly knit night — it’s such a lot of fun.  I feel very lucky to have such a nice local knitting community.

I’ve talked before about the wonderful AC Knitwear group I help moderate over on Ravelry .. many of the knitters in the group live in the UK, and they were so kind and supportive as I prepared for the move and waited on my delayed visa. And one of the pleasures of moving  has been getting to meet some of these kniternet friends in person — and knowing that there’s more meet ups to come!  I’m traveling to Edinburgh in a few weeks for a little mini yarn crawl with a few women from my group and am excited to meet many more at EYF in March!  I’ve been so thankful my online knitting community!

And of course, I’m thankful for all of you I’ve gotten to “meet” here — and for those of you have kept reading, even as my blogging schedule has been a bit more sporadic as I’ve been settling in. Whether you occasionally pop by to read a post or regularly comment, thank you for spending a bit of time here.

So this autumn, I’ve been reminded again and again of the lovely connections wool can help us make, and I’m so grateful for that. But I am also thankful for knitting as self care — whether it’s the bit I do in the mornings before I start my work day, a small row squeezed in as a break from writing, or unwinding from a long day, I’m thankful for the peace and calm that little stitches made from wool can bring — and that I have a partner who knows just when I can do with a few extra rows and makes sure that happens.

If you’re celebrating Thanksgiving, I hope you have a great day, filled with family, friends, and yummy food.  We’re having our own mini Thanksgiving with a visiting friend (it’ll just be three of us — I think what I’m cooking could feed about 12, ha!) And, whether you’re off work for the holiday or it’s just another Thursday, I hope you get to enjoy a little bit of knitting today.

Pictures are from last Sunday’s walk around Lancaster and the canal.

12 thoughts on “Thanksgiving, “Woolness,” and Moving Country, Three Months In”

Little explorer ❤️
Massive thanks to @withthiscloth for such speedy linen reinforcements ! After cutting the back legs of my #pantsno1 on Sunday evening, I realised with horror that I actually couldn’t get my front legs out of what I had. I was gutted, especially as it was my second fabric miscalculation of the weekend ! I emailed Nicole yesterday morning with a question then placed my order, and it arrived this morning!! Which means I can get it in the wash and maybe even be ready to continue my cutting tonight! I treated myself to the Willow Tank top, which I’m going to make with my remnants. Thanks again @withthiscloth !
Rainy day tea party with friends 💕
All about the brights at the moment!
☀️☀️☀️
The last (for awhile at least ) in my just-named ‘Willa walks places’ series (because there’s no way I’m going to top this one anytime soon). Duck spotting, canal Willa, a very happy Willa indeed ! 🦆🌱💛